Hunter-gatherer children living in the rainforests of Congo learn forest skills from their peers and through play, and teaching is rare, according to a new study by UCL. 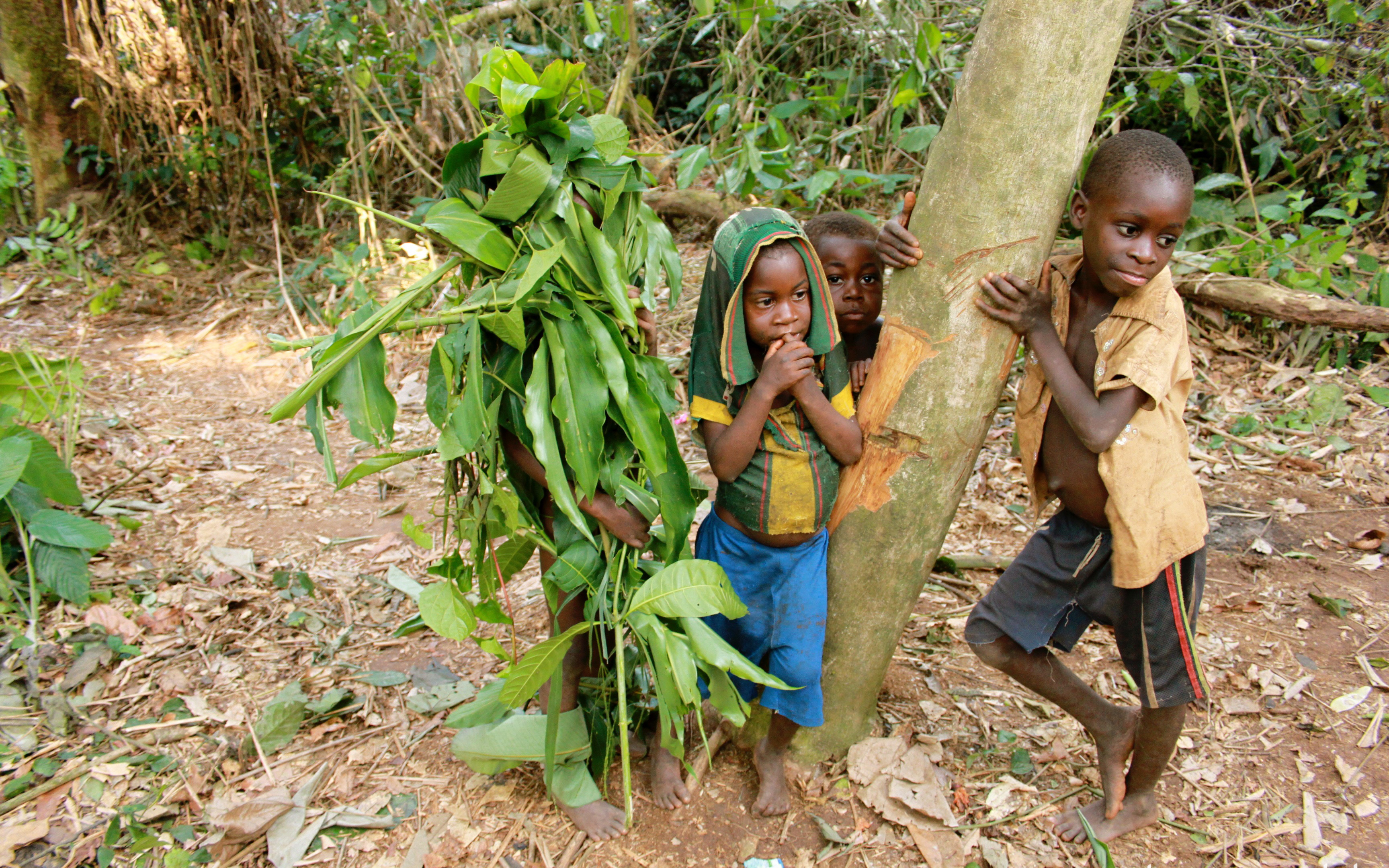 The study, published in Scientific Reports, examined how children as young as one learn to use tools, forage and cook, and how social learning processes are employed for different skills and knowledge.

It is the first paper to show that teaching is used principally among hunter-gatherers to communicate social norms, whereas skills that can be observed visually are learnt through imitation and practice.

Dr Gul Deniz Salali (UCL Anthropology) said: “The research has implications for our understanding of the evolution of culture in humans. There has been a debate as to whether teaching in pre-modern societies is absent or universal. There is also little clarity regarding what ages and for which activities children rely on imitative learning as opposed to other learning techniques.”

“However, teaching does occur and is necessary for the transmission of information that is abstract such as how to share meat according to the cultural rules. Cultural traits accumulate and evolve over time if information can be passed on with accuracy. We believe that learning through being taught has co-evolved with culture to facilitate transmission of more complex and abstract information.”

The research took place among BaYaka hunter-gatherers living in the rainforests of Congo. The scientists collected naturalistic videos of 40 children from early infancy to adolescence doing different activities.

The team observed and coded the videos separately to understand who is doing what and if any learning episode occurred. Time allocation data was recorded every hour, capturing what everyone was doing on the hunter-gatherer campsites.

The study found that from infancy to early childhood, hunter-gatherer children learn mainly by imitating and observing others’ activities, as opposed to a more formal learning environment with a teacher or instructor. From early childhood, learning occurs mainly in playgroups and through practice. These groups are often composed of mixed-age children.

By middle childhood (age 5-6), girls were already digging yams and using machetes efficiently. Young girls were also observed going on mushroom foraging trips by themselves, and a pair of six-year old twins already knew which mushrooms to pick up, while a younger girl observed them.

Teaching however did not involve instructions of how to use a tool, but rather occurred when a child’s actions interfered with the task. For example, in one event a 13-month year old child was given negative feedback when spoiling a piece of meat, after trying to copy an older child preparing food.

Sex differences in play reflect the emergence of sexual division of labour and the play-work transition occurring earlier for girls. Throughout childhood boys engage in play more often than girls whereas girls start foraging wild plants from early childhood and spend more time in domestic activities and childcare. Boys only start accompanying adult men in night hunting trips during adolescence.

The researchers say the paper offers an interesting perspective on teaching and learning in comparison to the western world and calls into question whether the education system should be more flexible to allow students to learn through playing at a younger age.

They also say it raises questions over whether it is better to create an environment where children learn for themselves and only receive feedback on whether they make the ‘right’ or ‘wrong’ choice dependent on the activity.

The research was funded by the British Academy.